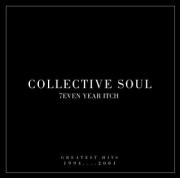 Right alongside Creed in the Crypto-Christian category of modern music is Collective Soul. Through the past seven years, they've puzzled both Christian and secular listeners alike with their positively reinforced lyrics and even discussion of salvation. No one really knows for sure where they stand except the band themselves, but one thing's for certain: they are musical prodigies. 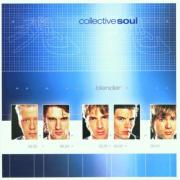 At first glance, the cover of Blender makes Collective Soul look like a boy band - pictures of five guys with stern faces glaring intently back at the disc's owner, accompanied by various hues of blue and flashy graphics. N*Sync fans retreat, however, when they take the CD for a spin and discover this isn't bubblegum flavored pop. Sure, some songs contain a certain pop flair, but the majority of Blender is exactly what the name implies: a mixture of heavy rock, pop, soul, articulate ballads, and whatever else the band could throw into the dish.