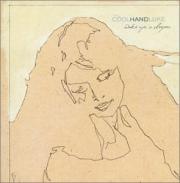 I will admit, there are few bands I like that offer ethereal, mellow music. After experiencing Wake Up, O Sleeper by Cool Hand Luke, however, I'm going to have to reconsider some of the bands I have written off and take a closer listen.

Imagine sitting in one of those little coffee houses and watching the poets on stage with guitars in hand. Such is the environment I imagine Cool Hand Luke to be in as I listened to their album.

This album's lyrical content and breathtaking melodies are miraculous. Consider the album's first track, "Heroes Will be Heroes." After an alluring, instrumental beginning, the mind is basically vacant and prepared for what is about to occur. The band continues to one of the best pre-choruses I have ever heard; one that not only gets stuck in your head but also constitutes a great implication. "Hush little boy / don't say a word / don't you know Daddy's got this one? / hey little boy / bury your sword / Jesus already won this war."

Following "Heroes..." is the track "One Time," which builds to not just one, not two, not even three, but rather four different climaxes that catch you off-guard. It depicts the dream of a man who realizes God is "present." The lyrics utilize the image of a mountain range throughout the song, and the song itself mirrors a mountain with its constant undulations in rhythm, melody, and tempo.

The third song, "This is Love," is tilted further toward the "rock" end of the spectrum. It asks the question: "This is love / that You would die for me / is this love / or something to feel." The man becomes conscious that the Lord dies for us and that is true love.

Up next is the song "So Shall it Be." It is one of those songs that could be sung during a time of worship. "Look into the clouds / every eye will see / Christ coming down / so shall it be." The lyrics state that everyone will know that He is Christ. This is one of the best, if not the best, songs from the CD.

"Dreams for Sale," while lyrically challenging, becomes monotonous during the final few measures and could be easily shortened without losing either meaning or feeling.

With intricate keyboard sections filling "Two Pianos," this song is definitely original, even for Cool Hand Luke. The stringed instruments add depth to the entire song, and even the lyrics are mind-blowing. "You wanna hide beneath the pretty paint / you wanna be okay with everything / wanna be transformed and stay the same / and be dry in the rain." Don't be scared to be yourself, but be able to come to the realizations that you might have to change. Be prepared to make those changes.

"Like a Bell Tolling From Another World" is much like the rest of the songs: slow, rocky, with astounding lyrics. However, by the time this song spins around, you have a good chance of sleeping.

Finally… a song on Wake up, O Sleeper that makes sense the first time you listen to it! Depth is not always bad; in fact, it helps much of the time, but for this album, it becomes annoying and the listener is left wanting a song that makes sense.

"If I sing a song / then I sing for You." While not lyrically astounding, "For You" is dedicated to the idea that we should live for God and only God.

"O Shachah", is another long tune, but this song sums up the entire album: "Never mind the songs we've sung / our hearts must carry the truth."

Cool Hand Luke doesn't compromise meaning to satisfy the cliché of rhyming lyrics. The only complaint is the excessive length and repetition of some of the intros and endings, making the songs far too long. They are monotonous and boring after the first 10 seconds and could easily be shortened. If you are into Pink Floyd's type of music, Cool Hand Luke is a sure bet, but others might not be into this incredible mellow music.