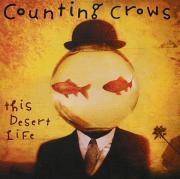 They say that life is just a random series of events leading to the same inevitable end: residence in a pine box, gradually rotting away until you become compost for next year's dandelion crop. They say nothing happens for a reason, that fate is a pipe dream.

Obviously, since I'm a Christian, I don't believe any of this. I base my life on the chance that there's a Greater Being overseeing the events of history and helping me along the way. And, strange as it may seem, I believe that one of the ways He has helped me involves the good people at Columbia House Canada.

Remember those ads that promise 12 CDs for a penny (so long as you commit to buy seven more in the next two years at about $20 a pop, hand over the deed to your house, say "I will never miss a payment... purple monkey dishwasher" three times fast, without laughing)? That's them. What those ads don't tell you is that the company sends you a piece of paper every month that says, "If you don't send this back to us (and say purple monkey dishwasher three times fast), we're going to send you a CD that we think you'll like and you'll owe us $20." Well one month I forgot to send that piece of paper back, and a CD by the Counting Crows landed in my P.O. box. I was kind of ticked off at first, but I spun it a few times and (you see where this is going), I fell in love. Not Ben & J. Lo's "so long as it's convenient for our careers"-type love. "Wow, man, someone out there knows what I'm going through and plays some mean guitar"-type love.

A few years later, the Crows released another album (This Desert Life) and, naturally, I bought it. I kind of dug "Mrs. Potter's Lullabye," "St. Robinson in His Cadillac Dream," "Amy Hit the Atmosphere," and hated DJs for over-playing "Hanginaround" so much that I wanted to regurgitate when I first popped the CD into my stereo. On the whole, I liked the album. Adam Duritz's funny and candid songwriting was still there (find me another real musician—no, Kid Rock doesn't count—who would admit to being an "idiot walking a tightrope of fortune and fame") and the band did an admirable job of bringing the tunes that no doubt bounced around in his head to life. I laughed at the chorus to "I Wish I Was a Girl," because I know what it feels like to want to be somebody else, and was willing to forgive the depressing piano ballad "Color Blind." But there was no love.

I was like a six year old who falls for someone in first grade, only to see her move away and re-enter his life ten years later. He idealizes his memories of the girl, dreams about meeting up with her again and picking up right where they left off. But he's changed too much and so has she. They agree to be friends, but the love is gone.

God provided me with the Counting Crows in a time when I needed them. I was depressed and lonely and needing someone to relate to. This was the first band that really "spoke" to me, at a time when I wasn't really ready to listen to anybody else. But I grew up. I met other people. And though the band had made an admirable new album, I'm pretty sure all we'll ever be from here on out is "friends."