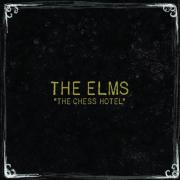 Scan the back cover of The Elms' latest album and you'll see four anonymous heads of brown hair. Their animosity reflects the sweeping generalizations introduced through this album; The Chess Hotel is music for the every-day man working the blue-collar factory, the Midwestern woman keeping house, and the simple Southern couple just learning what it means to be in love. These characters serve as pieces to an intricate chessboard passed down from generation to generation. The Chess Hotel is small-town life in all its gloryâ€”even when the glory shines more like tin than gold.

The Elms offer a collection of new songs on a new label that depicts the chains of the past on a collection of humanity. Each song is a voice of the namelessâ€”a song in the night from those who live unnoticed. Those who remember the earlier records on Sparrow will notice a distinct change in their work. Gone are the flashy guitar solos and the â€œjump-up-and-downâ€ offerings like â€œHey Hey.â€ With The Chess Hotel, The Elms have finally entered their element, for they are finally able to write about that which hits home. The chess pieces are finally in place for these four young musicians.

What exactly is The Chess Hotel? Itâ€™s your average dump of a motel, located on the outskirts of town (you know, the part of town your momma told you to avoid like a Biblical plague). Lead vocalist Owen Thomas screams, â€œIn my town thereâ€™s a piece of hell / A little dig called the Chess Hotel / You can move on in and be a small town slave / Or you can get out now if youâ€™re feeling braveâ€ (â€œThe Chess Hotelâ€). The intense musical drive of this song showcases a sense of panic. Take The Heartbreakers and Johnny Cash, mix them together with some almost-punk-rock screams, and you have the feel of this tune and most of the other material on this record.

Brothers Owen and Chris Thomas know small town life well, having grown up in rural Indiana. These are songs that capture the cries of small-town souls begging for a break from the Chess Hotel cycle. The song sings, â€œIf you escape alive, youâ€™re doing well,â€ and yet an escape is nowhere in sight for most of these characters (â€œThe Chess Hotelâ€). The easy life becomes â€œdreaming for a life that was made for wishingâ€ (â€œWho Puts Rock & Roll In Your Blood?â€). Instead of taking a chance on love, a man decides to remain closed (â€œNothinâ€™ To Do With Loveâ€). In â€œSheâ€™s Cold!â€ we learn about a lady whose heart, â€œis pumping her blood / It ainâ€™t feeling or loving or good.â€ And in â€œThe Downtown King,â€ we hear about a man who, â€œlisten[s] and smile[s], but heâ€™s not really there.â€

These snippets about people become pieces on the board, moved about like will-less pawns, lulled to sleep by the town lullaby. â€œThe Towers and the Trainsâ€ sums up the record both musically and lyrically. Gritty country/blues guitars drive the hopelessness to the ground: â€œNothing beats them downtown streets / They canâ€™t keep a dream alive / The woman talking, men hard-rocking / How will I survive?â€ The Chess Hotel becomes a deep, black maliceâ€”an enemy that devours a person from the inside out.

Is there any hope? Some can be detected in the song, â€œIâ€™ve Been Wrong.â€ The closing lines read, â€œHave you been freezing while Iâ€™ve been sleeping? / Then Iâ€™ve been wrong. And for that Iâ€™m changing.â€ So the speaker is changing, but what about those men on the porches rocking away their present, talking about a past that will forever haunt their future? Thereâ€™s nothing but bleakness for those who cannot escape.

And perhaps that is the point. The cycle continues much like the repeated spinning of a CD. I appreciate this album more as an art piece to scrutinize than a collection of music to enjoy. I study this album much like a collection of poetry, but itâ€™s not something Iâ€™ll casually play in the car. Although the musical portion of The Chess Hotel is both infectious and accessible, the album requires deeper thinking than a mindless tapping of the foot. These words cut straight to the heart, leaving wounds to bleed, wounds than have been bleeding for generations.