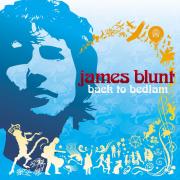 James Blunt's "You're Beautiful," from his popular CD Back To Bedlam, was all over TV, especially as part of several TV show soundtracks that appealed to twentysomethings. Then it became a huge hit on the radio. The well-promoted ballad, about seeing someone beautiful you used to love on the subway with their new love, really touched the hearts of millions around the world.