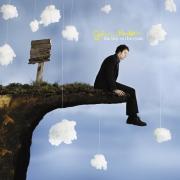 You're probably not the person you want people to think you are. If you're like me, you're at least two people, and probably more. You're one guy at work and another guy at home. You're one girl at school during the week and someone else when you're alone, journaling your innermost thoughts. You're probably a lot more polite at church than you are when you hit the parking lot and strap into your seat and your brother is threatening to smear boogers on the back of your neck. It's just human nature.

I mention all of this because in the latest work of John Reuben, the unfunkiest rapper with a record deal you'll ever find, there are at least two emcees at work. One, as a press release from Reuben's label points out, is the witty and good-natured lad of albums past, whose primary purpose in life seems to be to manage to have fun. The other is introspective and brooding, going off on stream-of-consciousness rants about any number of subjects. The latter is in fact the embodiment of the angst-filled teen Reuben censures on the song "Cooperate," saying, "this whole starving artist shtick you've been running with is wearing thin/put it to an end and grow old gracefully." (Hope that this is intentional, and that the song is a letter from Reuben to himself. Because if it's not, the hypocrisy is a little too much to bear.)

The reason for the dichotomy, Gotee explains, is that Reuben completed two albums while working on this release: one full of the stuff his fans and label had come to expect, and another that was intended only as a side project. The powers that be decided, however, that it was the latter that truly needed to be heard, and as a result seven of the twelve tracks found on The Boy vs. the Cynic come from the side project, while the remaining five are ripped from the album he intended you to hear.

Indeed, only two or three of the songs found here are radio-friendly, and the friendliest greet you at the very beginning of the CD. "Out of Control" is first, laying respectable guitar work and authentic-sounding drums under an articulation of the lyricist's elation at surrendering to God's authority. "Nuisance" is next, featuring the sparingly-used vocals of Relient K's Matt Thiessen in a song about rising above mediocrity and becoming focused on God's eternal purposes. Reuben's raps come so slowly that my great aunt Ruth could outpace him (if she existed), but the production is excellent and will be one of the few songs in this group that I'll return to in the coming months.

The end of the album yields a few others worth mentioningâ€”the repetitive acoustic guitar of "All I Have" is most pleasing, while the aforementioned "Cooperate," crafted in a completely different vein, is aurally pleasing as well.

But the rest of the album is more along the lines of beatnik poetry than true hip-hop. Reuben rambles on in spoken word fits about important subjects but lacks the artistry of Public Enemy or Christian industry legends LPG.

"Follow Your Leader," for instance, fulminates about celebrities who use their fame to push politics on the public and asserts, "I will not allow Tinsel town to show me how to run my life/Sure, you can sing and dance, but that don't mean you're qualified to give America advice." It's more than a little amusing that Reuben is here again the precise manifestation of what he preaches againstâ€”a famous person trying to tell people how to run their livesâ€”but even if this weren't the case, it's less a rap song than an exercise in free-association set to lacklustre music.

"What About Them" is another offering with a worthy messageâ€”it's essentially a critique of the notion that God loves America more than other nationsâ€”but the beat behind it is odd to the point of being annoying and there's little musical value to be found in it. (Side note: as a Canadian, I can tell you that the folks up north can be just as bigoted and self-centred as our friends in the U.S. of A. But Reuben mentions only them, not us.)

The Boy vs. The Cynic is an admirable attempt to diagnose the problems found in Christian culture, society at large and in Reuben's own life, but as a piece of music-making it falls short. The album seems unsure of what it aims to be, and as a result accomplishes relatively little. If indeed there are two men warring within John Reuben, I'm not entirely convinced the Cynic was someone we needed to meet.