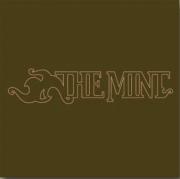 I know very little about The Mint. I do know that they've produced each of their albums without the help of record labels and have met decent success. For instance, what indie band sells 1,000 CDs in 3 months with no promotion? Does word of mouth spread this fast for other groups? It probably would if they sounded like The Mint. This band has a smart sound and basic presentation, and the songs remain appealing through both musical intelligence and simplicity.

This four-song EP may be short in length, but it accomplishes much in its delivery. "On the Backs of Our Friends" holds the most anger thanks to its sarcastic opener, "She's so pretty as she dances / On the backs of our friends." It asks questions of how a relationship once saturated in love can end so suddenly, so smoothly, without much concern. Lead singer Jonathan Decker shows enough unease through his straining, yelling vocals. It's the most gripping song due to the play in dynamics; one moment the volume is soft, and then it erupts into a pandemonium of guitars, drums, and bass (your staple instruments for a solid rock movement).

"Stars" takes this emotion and relocates it. Here the speaker wishes to enter the world of someone he loves: "You wanna be beautiful / You wanna be happy / Don't wanna be lonely / You just wanna smile wild for a change / And I understand that this is your last chance to be something."

The music stands as a testament to solid rock with a strong piano center. Several reviews I've read compare this band to Coldplay, but I'd say The Mint is closer to The Straw Theory than anyone else; the music's too rock-driven, too power-punk happy to completely warrant the Coldplay comparison. Yes, Nate Van Name plays simplistic melodic lines that grab your attention immediately, but Decker's vocals keep the band away from complete similarity.

Of course, just because The Mint remains very rock-centered does not mean they avoid more vulnerable moments; "Flashlights" holds a delicacy that leads into steady guitar work. "King of Glass" maintains the same lightness, and Decker's vocals begin to sound a bit like Riley Armstrong's. On the chorus, he sounds far away, as if resonating inside a huge cave. The effect matches his cries of, "I'm the king of glass / You'll see right through me."

The Mint's self-titled EP addresses the basics elements of relationships (love, abandonment, anger, and hope for a brighter day) through a familiar yet comforting medium. I only wish the album would have been a bit longer; four songs alone doesn't reveal much of the band's nature. But I do admire the fact that these tracks are of high caliber. The Mint stands on their own in a market that's over saturated with similar-sounding musicians.