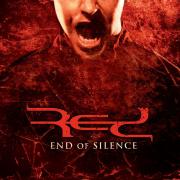 If ever there is a literal hall of fame and museum for Christian rock bands similar to the Cleveland structure that recognizes Hendrix and Zeppelin, at least two Essential Records artists are a lock to be inducted.

Say what you will about Third Day's recent pandering to the adult-contemporary crowd, but their legacy is unmistakable. Beginning with a self-titled debut in 1996 that brought us classic songs like "Consuming Fire," "Nothing at All" and "Thief," their catalog boasts many of the genre's best tunes.

And then there is Jars of Clay, who the mainstream forgot about after the hit 1995 single "Flood" but who have cautiously reinvented themselves over the course of six subsequent albums, some of which should definitely be in your collection.

There hasn't been much new blood of that pedigree in the Essential fold in recent years, however. One-time Essential signee KJ-52 has gone on to write hits for Tooth and Nail, and exceptional talents like Andrew Peterson have been slow to find the audience among the young'uns that 3D and Jars once had. If there is any justice in the world, however, this will end with the inclusion of Red, a glossy and impressive five-piece hard rock outfit from Pennsylvania. Their debut disc, appropriately titled End of Silence, is one of the few must-have Christian rock albums released so far this year.

Melding simple, Rage-Against-the-Machine-meets-Linkin-Park guitar riffs with searing vocals from lead singer Mike Barnes, the album has at least six songs that could be radio singles. And frankly, radio would be a heck of a lot better if all six eventually found their way onto playlists.

The lyrics on End of Silence are often extremely simple, though that isn't necessarily a bad thing. Lines like, "Breathe your life into me / I can't feel You / I'm falling, falling faster" aren't exactly revolutionary, but their clarity is refreshing. The meaning of each song is usually plain to see even on the first listen, and the vocals are placed artfully within the pockets created by golden-toned guitars and the frenetic thump-crash-thump-crash of Hayden Lamb's drums.

There are a few softer, down-tempo selections here, but these come off sounding somewhat obligatory. Most of them appear in the middle of the album, mirroring a concert that moves from hard to soft and back to hard for the sake of the singer's vocal chords and to guide the audience through a listening experience that feels more like a journey through the Alps than the prairies.

But the ballads are the album's weakest tracks, even if they aren't especially horrible songs. "Pieces," for instance, is piano-based and accented with cello, violin and acoustic guitar. The experience isn't all that unpleasant, but the quality within doesn't match harder tracks like "Let Go," "Already Over" and "Wasting Time." These are minor grievances, however, as End of Silence is one of the best pop-metal albums since Pillar's Where Do We Go From Here, and comes with exponentially more staying power.

Fans of P.O.D., Linkin Park and bands of that ilk that don't mind the absence of hip-hop and dissonance should be more than happy with this album. In spite of its weak spots, End of Silence is a superlative debut that you won't be ashamed to pass on to your non-Christian friends. The greatest compliment that can be said of any religious rock album is that it makes valid the claim that Christian music really isn't all bad. And this album is certainly one of those.