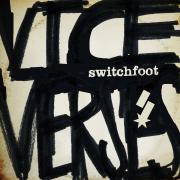 In April 2009, those of us here at inReview who follow Switchfoot wrote about the band’s plan to release Vice Verses in 2010, after only releasing Hello Hurricane in November, 2009.  Switchfoot had announced on Twitter that the makings of four albums were already in the pipeline.

Some may have been a bit disappointed later when the release of Vice Verses was set a bit farther down the road. Sure, as a diehard fan, I wouldn’t mind another full-length album in 2010.  Eastern Hymns for Western Shores EP was presented in December, 2010 to hold us over, perhaps.  Yet the disc include already familiar songs.

When I first heard of the delay for Verses to hit the streets (due out September 27th), I thought to myself, “Well, this could allow more time for the band to work on the songs, with a better album as the end result, right?”  In the end, I prefer refined music over rushed music.  Having heard the title track in various versions including lead singer Jon Foreman after shows, I assumed that the song was not yet in its complete form.  (It was originally supposed to appear on Hello Hurricane.)  Using their own studio is also a factor that allowed Switchfoot to take more time for the songs to cook.

But what I was truly hoping for while patiently waiting for more tunes was that the time span also had the potential to produce a more mature and deeper sound.  The lyrics of Switchfoot have always been deep.  Yet at times, I have pondered that with the maturity and experience of these five southern California dudes, perhaps it is time to produce something with more musical depth as well.  Sure, Hurricane presented a progression from earlier albums.  Though, I believed these talented musicians, vocally and lyrically, had something much more to give. 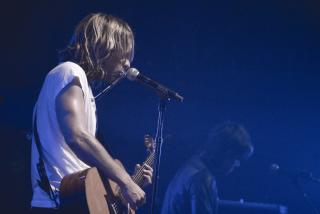 “Dark Horses” was released in August and also falls into the category of songs heard previously.  I was not disappointed with the final cut, as I am sure other Switchfoot fans would agree.  Same could be said of “Vice Verses.”  However, when fellow fans first experienced the album this past weekend via ESPN, some expressed a certain hesitancy to some of the previously unheard songs.

I can understand the thought of, “This album may need to grow on me,” that folks have expressed via online social networks.  Perhaps listeners may be taken aback by the artistic expression perhaps not seen with such force before.  As for me, I’d like to quote a friend after hearing the album for the first time.  “It’s like something I have been waiting for all my life.”

“The War Inside” is my first ‘repeat song’ of the album.  I hope it is part of the setlist for the highly anticipated tour with Anberlin that launches tomorrow night in Wilmington, NC.

And for those who have not yet heard “Where I Belong,” the one song left out of the listening party on the ESPN website.  It is worth the wait.