Back to School Quiz - GMA Awards

This year marked inReview/cMusicWeb's third appearance at the GMA awards ceremony, held once again at the Grand Ole Opry in Nashville on April 5. Dan Ficker, our webmaster, had never before made the trip, but had his debut at the GMAs in 2006.

Dan sat behind me in the backstage pressroom clicking away on his computer. Later, I found out that he was not only blogging for Infuze Magazine, but also working to get InReview up and running due to the fact that we launched the new site during GMA week. As for me, I spent my five hours taking pictures as the GMA award winners and presenters flowed in and out of the room.

By now, if you care, you have probably already heard the winners of the 2006 Doves. After all, the list is posted online at http://www.gmamusicawards.com/ soon after the awards ceremony ends. Perhaps even before. Or, if your favorite band or artist won this year, you most likely received an email about the award or scoped it out on the artist message boards. Maybe if you were lucky, you actually saw the awards on your local television stations when aired in sporadic markets around the country from April 15th to June 4th.

So instead of posting information about the ceremony with a list of awards winners, I decided to post a picture montage for your viewing pleasure. However, you will note that in this third year of presence in the press room, tired of the same old same old, creativity took over. Below is a set of pictures of artists holding their shiny birds. Let's see if you can guess who is in each picture. I have narrowed it down for you by providing a list along with some hints. 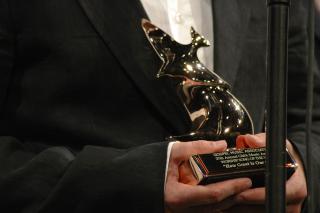 If you look close enough at the picture, you can get the answer. 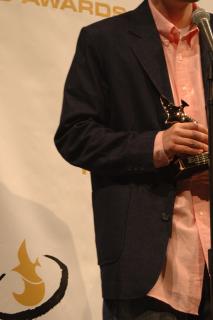 My only hint. This guy is tall. Ok, maybe you can already see this from the picture. 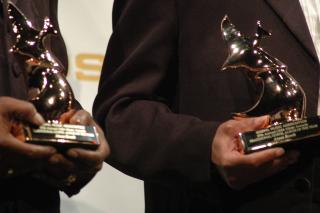 My hint would actually give this one away. 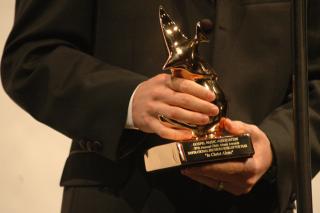 New to the Christian music scene, but not new to music. 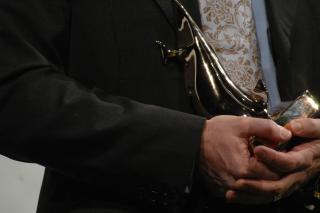 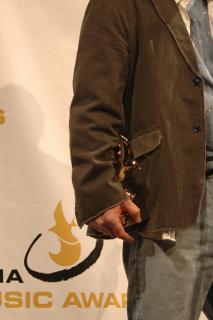 You may have not heard of this guy, but his name shows up on a lot of albums. 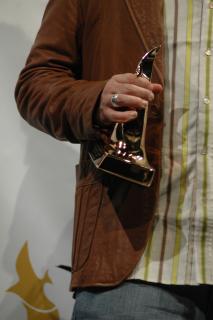 I'd bet you sing their songs in church. 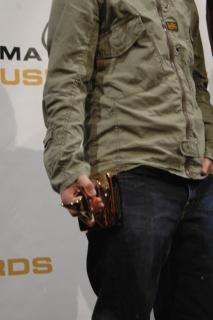 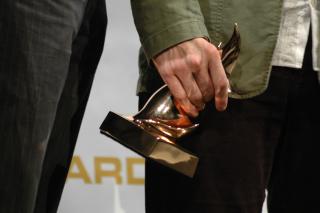 Another band started a record label for this band.