Cool Hand Luke is not done

We first sat down for an interview with Cool Hand Luke two years ago at our first GMA week appearance. Since then, we thought the band had died. Ecstatic to learn that they were heading to the studio this Spring for an expected Fall release of a new album, we sat down with Mark Nicks (vocals, drums, keys) again at GMA this year to discuss where they have been and where they are headed.

inReview: What has happened since we last met up two years ago?
Mark: Well a lot has happened. That was in 2004 and in November of 2004, we played our last show and we have not played since then. [Then] 2005 was a hard year for me because I kind of lost my sense of purpose and I did not know how to do anything but be in Cool Hand Luke. I learned a lot from it and God kind of showed me that my identity was very greatly intertwined with Cool Hand Luke. And it should have been more intertwined with Him.

So it was good for a while to just work a normal job and just be a dude and not have people know me as Mark from Cool Hand Luke. Chris our guitar player got married this past November and he lives in Minnesota now and left the band. And Brandon and I were talking on and off for a little while about doing the band thing again and he is in school and is playing in another band called Sleeptalker. He decided that he did not want to do Cool Hand Luke any more.

So I was kind of left with the question of whether or not I was going to do music again. And if I was, was it going to be Cool Hand Luke or was I going to try to start something new. I decided to keep it Cool Hand Luke. I have a new band and we are leaving for tour on April 7th and we are going to start recording in May. 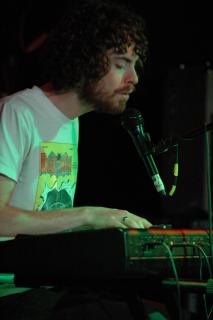 inReview: So what made you decide to come back?
Mark: Basically, I did not feel God was done with Cool Hand Luke. I just still felt like there was a lot inside of me that needed to come out. Whether it is speaking to people or getting certain musical ideas across. Like I said, I learned a lot [while] being away from Cool Hand Luke and I learned that I had made a lot of mistakes. And I learned that I relied on Cool Hand Luke too much when I should have been relying on God for my sense of purpose and my sense of peace.

But also being away I realized through conversations that I had and emails that I got and things that I read and heard that God really does use Cool Hand Luke despite my sin and the mistakes that I have made. I just feel like this is the way that I know to serve God and this is the way that God has used me and I am going to keep doing it until God points me in another direction.

But I am just trusting in God and I am going to walk with Him. And even if this is a mistake, His heart for me is not going to change. I have realized a lot even in the past week that a lot of my fear has been fear of man and not fear of God. Fear that people won't accept the new Cool Hand Luke or respond to it. And God has been showing me that I can't allow those fears to discourage me.

inReview: How do you think the break will influence your work from this point on, or is it too soon to tell?
Mark : I wrote a lot during the time off. And as far as the way we sound, I don't think it is going to be a drastic change or anything of that nature. I feel like all of our records have had a steady progression and I feel like this is just going to be another step in that. I don't think it is going to be anything that old fans of Cool Hand Luke won't be able to identify with.

Obviously the dynamic is changing a little bit. I guess one of the biggest things is [that] I won't be playing drums live any more. I am going to be playing keys live and we will have a touring drummer. Which is another thing. I don't know if people are going to think that is lame or if people are going to think that it is better or if people are just going to be indifferent to it. The dynamic will be different but I don't feel like the heart of what we do is going to change at all in the purpose of what we are doing.

inReview: Musically, is it going to be more like your independent material or more like your most recent discs?
Mark: I would say it will be more like The Fires of Life. But I think I have felt a certain kind of pressure to write a certain kind of song at times. Not because anyone has even imposed that on me. But I feel like I need to try to write this certain way so that we can help the [record] label out. Or we need to write this certain way so that fans will like it. That is another thing. Having a year away, I was able to kind of step back and just enjoy music again. Not really being a part of it. Just listening to music and figuring out what I like and what inspires me.

Honestly, the songs that we have been working on that I have written - they sound like Cool Hand Luke. I mean it is not like we are going to start playing death metal or sound like Yanni or anything like that. I kind of miss some of the harder stuff that we did. I don't know if harder is the [right] word. I just miss some of the odd time changes and mixing things up that we used to do on our indie records. I still enjoy listening to stuff like that and I enjoy playing stuff like that.

It is hard to say what is going to happen because a lot of what I am talking about has not even been written yet. And I don't want to say it is going to sound like one thing, and then we write it sounds like another. But I am pretty open to just trying whatever is fun and enjoying it and not feeling pressured to do a certain thing. 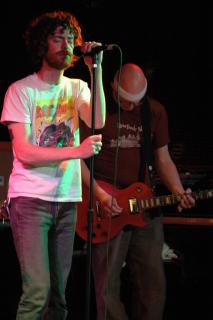 I am not looking forward to long rides in the van and losing sleep and having unhealthy eating habits and all of the things that go along with that. I am going to try to control as much of that as I can because I have become more health conscious in the last couple of years. I am trying to make sure I try to eat on a schedule and I try to eat somewhat more healthy instead of doing Steak and Shake at one o'clock every morning.

And also I am engaged now. I started dating my fiancé pretty much right at the time Cool Hand Luke was winding down and I don't know what it is like to be in Cool Hand Luke and to have a person in my life like that. I am kind of dreading being away from her and I think she is really dreading me being away from her. And especially in the midst of planning a wedding and all of that. So I think that is going to be the hardest thing about it for sure.

InReview: What would you like to say to our readers who may have never listened to Cool Hand Luke to encourage them to listen?
Mark: I guess the most important thing is that we try to make music that glorifies Christ. It is almost easier to say that we are not a band that writes three-minute pop songs and we are not so much a band that you can be mindlessly entertained by. But I would like to think that we create art that maybe makes people think and ask questions. We try to be honest with what we do in our lyrics and the music and we try to be honest with our goals. We do not have any agenda to try to get big or to try to get on MTV or anything like that. We are just trying to write honest music that is from our heart to share what Christ is to us. I guess we are very aware of the fact that there is no inherent goodness about Cool Hand Luke or us as people and we have nothing to offer on our own, but we can point people to Christ who has everything to offer. I really hope that is what our music is to people - something that can inspire people to go look for Christ.