Dwelling in the House of Heroes 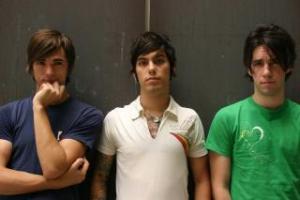 Through the wonders of RadioU online I was introduced to the Columbus, Ohio based band House of Heroes long before the struck a record deal with Gotee where they released a self-titled album. Then a second national release, Say No More was released on Mono vs. Stereo in May of 2006. We spoke with them at the Purple Door festival a couple of months later in August in this exclusive interview.

inReview: I believe I was first introduced to your music on RadioU before you had a big record label deal. But when I heard the first release on Gotee, the music was similar but different. What transpired between the indie release, What You Want Is Now and the self-titled Gotee release?

Colin: What transpired between releases was a lot of down time of just hanging out at home and a lot of writing. And we just got to go over our songs a lot and just rewrite and write. We had plenty of time to get them just the way we wanted them. There was a couple of years between those two.

inR: I just thought it was so much better. There was a higher quality to it.

Colin: Yes it was definitely a better quality recording, that’s for sure. And we were happy.

inR: Now in May, 2006, another album was released on Mono vs Stereo with most of the same songs as the self-titled? What is the difference?

Colin: The only difference is two new songs and some new artwork and also the CD is like a key to a secret website that has all kind of extras like video clips from shows and from the road and special pictures and stuff like that. I think special merch, too. So that’s pretty much the only difference, I think.

inR: You have had apparent road blocks in your career. Pick one setback and tell us what drives you to continue despite these issues?

Colin: Hmmm… Just one setback I have to pick, huh? Well, most recently we have had our bass player that was playing with us for a while just decided that he was not having a good time playing shows and stuff so he decided to step down. And that was kind of a pretty big change because there is only three of us. He was a big contributor to the writing and stuff. So I guess that was a setback. What inspires us to keep going is just our love for music and our love for playing music and just our confidence in all the new stuff that we are writing. And just having fun.

inR: I love your music. Why do you suppose more people have not been introduced to House of Heroes?

Colin: That is a good question! I mean we do our best and our label does their best just to get our name out there and get our music out there. You know, we all just do our best to get our stuff out there and we tour our butts off. It is a lot of word of mouth and a lot of web stuff. We just do what we can. We are confident in our music. If some people like it, I am sure more people might like it. So we are just trying to find all those people.
inR: So many bands release one or two albums, never to be heard from again. How do you respond to that?

Colin: I am sure there is a lot of different reasons for that happening of writing one record and then calling it quits. I mean every band has their own thing. But I would say that the best thing any band can do is to just stay together for as long as you can no matter what. Because you will just get better. You will become better people and you will write better. That’s the best thing you can do – stay together.inR: Are you writing new songs?

Colin: We are writing new songs right now. But we are on the road, so we are kind of just writing them individually and then we will come together after our fall tour and put them together and see what happens.

inR: So is that how it happens?

Colin: That is how it is happening this time. I mean all of our other records were collaborations of each of us having ideas for different stuff and coming and putting them all together and bouncing ideas off each other and stuff and building off of that.

inR: What would you like to say to parents who only let their children listen to bands that play obviously “Christian” lyrics?

Colin: Well I would say at least you care. And that is a good thing. It is wonderful that you care. I’d say that is better than not caring what they are listening to. But I would say don’t make it something that is like so forbidden that they just want to do it all the more and they just want to rebel and listen to it. Because they are probably going to listen to “secular music” if they really want to. So I would say not to make it too much into too much of a, “This is good and this is evil,” because there is so much good music that they could be missing out on that could inspire them for good. They could be missing out if you are just limiting them to just “Christian” music. And honestly, the best music being made is definitely not in the Christian music industry and I think pretty much every other Christian artist would agree with me on that. So we will all band together and tell you to buy some good albums for your kids.

inR: How do you respond when radio stations call themselves “Positive”?

Colin: I’d say that is a sly word for Christian, I guess. I mean, I don’t listen to a lot of “Positive Hit Radio.” It is not a huge issue, I guess. They can call it whatever they want.

inR: I guess for me, I can say that the Bible is not entirely positive. 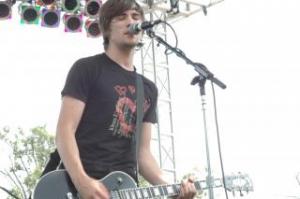 inR: What are your ideal tour mates?

Colin: That’s a good question. Ideal. Well, there is practical and then there are the dreams. Ideally we want to be out there with someone who is fun to be out on the road with, a band that we admire and we love their music and enjoy seeing them night after night. We had a really good time with MxPx. They were one of our favorite bands growing up. So that was always a big goal of ours to be able to tour with them and we did and it was great. I don’t know. Now. There are a lot of dead bands that we would like to tour with. Broken up bands that are far too old to play music any more who would have been fun to play with but we really can’t do that. Of course, the Beatles. And The Who. Actually, The Who is still kind of playing aren’t they? It would be fun to play with Aerosmith.Oh and also an ideal tour would be another band who has fans that could possibly be into your music if they have not heard of you before.

inR: Describe your favorite type of venue to play and why? How big is the audience?

Colin: Honestly I really dislike outdoor venues of any kind like these festivals. I just feel really disconnected from people. Like I can barely see them. Well, especially me because I am back behind the drums a good fifteen feet away from the front of the stage and then there is like a ten foot buffer zone in between the stage and the crowd. So I am pretty far away from them. So I really like venues that are smaller. You know just a few hundred capacity and you get a bunch of kids in there and you just feel really close and connected and you can see them and they can see you. And you can make all kinds of eye contact.

inR: What is the audience like in your favorite show?

Colin: I always love it when there are a lot of people there that know us. [People that] know our music, appreciate our music and enjoy it. When I can tell that they are really enjoying themselves watching us play. That is the best.

inR: What would you like to say who someone who has not listened to House of Heroes?

Colin: Why not? Give it a try! Listen to everybody and you will find something that you will like. I think you will like us.

Colin: I don’t know. Because other people like us, and you might, too. I don’t know. We write relevant songs that people can relate to.

inR: What one question have you not been asked in an interview that you wish someone would ask?

Colin: That is a tough one. I got asked that last night and I was stumped. I like to talk about food, so any food questions would be welcome. I enjoy cooking and eating.

inR: (Joking) What is your favorite fast food restaurant?

Colin: Oh, fast food restaurant. I try to avoid fast food at all cost on the road. It is bad news. Subway is the best option as far as fast food goes.