A few moments with Kids in the Way 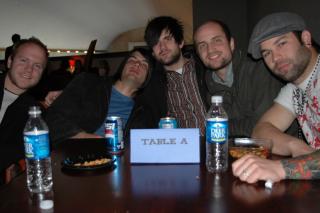 August saw the rerelease and revamped version of Apparitions of Melody. We first heard about the release back in April while in Nashville. Read on to find out what is next for Kids in the Way in this exclusive interview.

inReview: You have released two albums. If you could start the process all over, what would you do differently?
Davey: That is a great question. Oh man! If we had to start everything over, what would we do differently? Honestly I think we would probably approach the whole industry maybe when it comes to deciding record labels. There is so much we have learned being involved in the industry as far as distribution and all of the things that come along with being signed to a record label. We love our record label very much. But just having the knowledge we have now, maybe [we would] be a little bit more wiser in decision making on the whole industry side of things.
Nathan: I think musically there is probably nothing that we would want to change. What you hear now is just a culmination of five guys growing up together and being into music together.

inReview: What one piece of advice would you give a band that is looking to get a national record label deal?
Nathan: Wait until the very last minute. Don't sign the first record deal that comes across because a lot of times if you wait, and get better and get a bigger fan base on your own, then you have more negotiation power. Yeah, and if you can have a girl vocalist, have a girl vocalist. 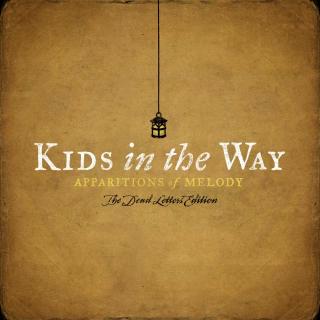 Davey: Yes. Flicker [Records] was just recently bought by Provident/Sony BMG. So we are going to re-release Apparitions on Red Distribution, give it a bigger push and hopefully give it the exposure it deserves. Because, hey, it is a great record I think. It is going to be the same record. But it is going to have some new songs on it. The new music is in the same vein as Apparitions of Melody. It is not a far stretch from Apparitions. As far as future projects (brand new CDs), we are going to re-release Apparitions in August so then we will probably be looking to do a brand new full length in early 2007, about six or seven months after the re-release hits. And that we have not really started writing for, but I can tell you it is going to be a new fresh sound from Kids in the Way. It won't be different, but it is definitely going to be epic. It will be good.

inReview: What would be your ideal tour mates?
Austin: I am going to say Joey from Disciple, Merlin from Chasing Victory, Tim from House of Heroes. And let's see. Who do we want on keyboards? Kevin from The Wedding will play keyboards.
Eric: Sam Shifley on guitar (and beard) and.... Ok, just me and Sam. I am going to play the drums and Sam is going to play guitar. Oh, and Ben Cissel on games & recreations counselor. Actually, if I could pick one band or band mates to go on the road with, it would be these guys right here around me. These guys rule and we have had some good times on the road. And they are my favorite band.

inReview: You won the Myspace video contest for "Apparitions of Melody". Tell us your most favorite moment when filming that video.
Nathan: It was really fun. It was cool to be in the studio. We had a really fun stylist and make up person that did our hair all fun and did cool makeup. Really it was just one day of filming in front of a green screen. So all the magic is from some genius computer programmers who did everything. We had a good time just performing. We all filmed separately in high-def with a couple different camera angles. And then they spliced it all together. So all the shots that you see of us all together are just five separate shots.
Austin: My favorite part was watching Nathan do his part. I don't know but when I am doing that alone, I feel really awkward like everyone is watching me. And it is kind of hard for me. But watching Nathan — he just throws his inhibitions aside and he just rocks so hard. And it is cool to watch because he is good at it and I don't think I can do that. Every time I tried I was just like, "Just pretend nobody is here." But it didn't matter, it just felt really awkward.
Nathan: Austin rocks, though. And he looks really good in the video.

inReview: What is your favorite music festival to play and why?
Davey: My favorite music festival to play is a toss-up. It is a tie between Cornerstone, IL and Christmas Rock Night in Germany. They are both great shows. The crowds are always really really really great. I think Cornerstone is in a good location for us because we are in the mid-west. So it is easy for a lot of our fans to gather there in Illinois. So we always have a really good crowd and it is just a lot of fun. It is a different environment. It is kind of dirty and you got the whole camping-hippie feel which I am not really big on. But it brings an interesting flavor to the festival. And then Germany was great. We played there for the first time last year. It kind of blew our minds. We had never been overseas. But just to play in front of 500 Germans who knew every word of our songs was quite insane. So that one takes the cake.

inReview: Speaking of festivals, I have heard of a lot of kids who grow up in a church and are all about attending summer Christian music festivals with their youth group each year, who turn away from the Christian music scene when they enter college. Why do you suppose this happens?
Austin: I don't mean to sound rude. It has gotten better in the past few years, but most Christian music isn't very good in my opinion. It happened to me. I listened to a lot of Christian music in Jr. high and then when I hit high school I realized that there is a lot better music. As far as just the music, there is a lot better music out there. And so I started expanding and listening to more music. I think the Christian music market has gotten better at just finding bands that are good, rather than finding what was cool in the mainstream a year ago than copying that a year later. And you see that a lot with a lot of the hardcore acts and the metal bands that in the past couple years that have been popping up here and there. 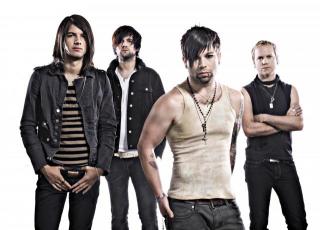 In the mainstream, that really wasn't that cool at first. And I think the Christian music market grabbed hold of that and mainly Tooth and Nail [Records] kind of cultured that. And now it is almost like the mainstream market has copied the Christian market in that aspect. You have got bands like Hawthorne Heights that have come out. They are not really hardcore. Just those kind of scene bands that have come out. I really think the Christian music market kind of led that assault. It has been getting a lot better.

Davey: I think that the difference between high school and college years is a big audience that the church in general really needs to target. I know there are a lot of churches that have tried really hard and have spent a lot of time trying to develop college-age ministries and things like that to focus on that group. I think there is youth group when you are in Jr. high and high school but when kids get to that age of 18 when they graduate, they are sent off to college and are almost forgotten about. So I think it is important that, aside from the music, there is some sort of really intentional push by the church to reach those people. It is a natural age where kids are sent off and set free to grow up and go off to college [to] find themselves, sow their wild oats, whatever. And to give them something to claim, to feel like they are able to still attach themselves to spiritual feeding.