I Am Terrified: A Hardcore Band With An Unashamedly Hardcore Message 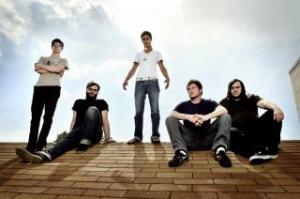 I first encountered this Birmingham, AL, band about a year ago at The Anchor, located in southern New Jersey, a spin-off of the official Anchor Venue in Nashville. They played in the sanctuary of the rather small church, filled with hardcore and scene kids windmill kicking and moshing. With the pews pushed to the sides of the room, I attempted to dodge the audience's thrashing arms and punches as I Am Terrified confidently took the stage.

Not being the biggest fan of hardcore music, I was already skeptical. But my skepticism soon turned to intrigue as I listened to the band's clear, crisp vocals placed strategically in between and overlaid among screams that weren't too high pitched to be annoying, or too low to resemble growling. To say that I enjoyed the set would be an understatement. High energy guitar solos and pounding, high-speed drumming were mixed with intense vocals, especially when the small crowd joined in on "I'll fly away oh glory, I'll fly away…" during the chorus of "Some Glad Morning."

Following the show, I was coerced by one of the band members to buy the I Am Terrified EP, released on Gotee Records. After being offered a discounted price, I gave in. Fortunately for myself, and for you, I played it in my car on the way home and, to my delight, found the recordings to be an even more brilliant representation of the band. I was able to catch up with them at this year's Purple Door festival, as well as at a show following the fest. Listen in to hear what the guys had to say about their music, purpose, blessings, and future plans.

inReview: When did you start?
Patrick: Just started the band 5 years ago. We were a band called Fixed Till Tuesday, and then two years ago we changed our name to I Am Terrified. It comes out of Job 23:15, talks about the fear of the Lord and reverence to Him.

inReview: What is your main goal as a band?
Matt: Our goal is to bring people to God, focus on God mostly and serve Him while doing it. That's why we're in the band.

inReview: How'd you sign to Gotee?
Patrick: Pen and piece of paper. Well, we met up with Brad Moist and were desperate to be on their label. So me and my old bass player drove to Columbus, GA, to hand him a really awful CD of us. He thought it wasn't so awful. We signed about a year or so after that. We've been with Gotee for a year and a half now.

inReview: If you could use your platform as a band to accomplish one thing, what would it be?
Joel: I would have to say world peace. That's probably not attainable since we're not Bono. But, a band is an awesome platform because places like this – Purple Door - there's thousand s of people like this who hear what you have to say. And just meeting people and stuff like that.
Logan: Another platform is not only spreading the word of God, but getting some involvement with non-profit organizations. We're getting involved with Faceless International, started by Stephen [Christian] of Anberlin. We're in the first processes of starting that out. Faceless International is about stopping slave trade and sex trafficking all over the world. There's so much that happens even here in the United States and nobody knows about it. We've just been made aware of this, and its part of one of the many things that God's laid on our hearts…to get involved in this. 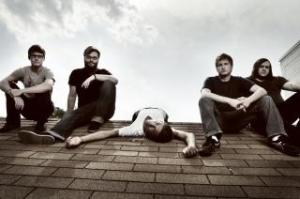 inReview: Lyrically, you could be considered a worship band but yet you're a hardcore rock band…something that confuses some people. What are your thoughts on that?
Patrick: Our generation is so much different than it was twenty, even ten years ago. Shouting the Gospel through different styles and passions, I really feel that God's really called our generation to be loud. Not in a crazy sense, but very spontaneous in the way we worship Him. A lot of our lyrics are about life issues. Somehow, when we write about life issues it always comes back to how God's saved us in those situations.

inReview: Any things else you guys would like to share with our readers?
Matt: Yes! God has been working with us so amazingly. We were in Louisiana a few weeks ago, and Brandon's guitar got hurt. I didn't even have a bass cause I've been borrowing my friend's. People have been so generous and God's been really blessing us. They gave us instruments and stuff. We've always had places to stay, and God has blessed us so much and we just praise His Name. How can we not bless His Name when He is blessing us so amazingly? We love God so much and that's why we're a band.
Brandon: Just for anybody who's been wondering about new material, because we've had a lot of questions. We've been writing a lot of material. A ton! We're hopefully releasing it early next year and touring a lot. Make sure to check out Twitter, MySpace, Facebook, even though we don't know how to work it all.
Patrick: I have one more thing! LOVE, PEACE AND HAIR GREASE.