Jimmy Needham: The Music of Forgiveness and Love 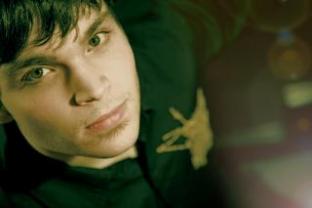 He is from Houston, Texas. He planned to become a history teacher. He greatly respects and admires Derek Webb as both a songwriter and role model. He was raised as a Greek Orthodox.  At age 9, he became addicted to pornography - a compulsion that haunted him well into his college years. Oh, and did I mention that he never intended to enter the music business? His testimony is inspiring, his personality intriguing, and his music life-changing. Yes, this is singer/songwriter Jimmy Needham.

Sit down and talk with Jimmy Needham for a mere five minutes and you'll feel like you've known him for five years. His eyes smile and light up as he shares the joys of his life, meeting his wife, and his career. He has come a long away in an incredibly short amount of time. He began playing small shows in coffeehouses and bars during his sophomore year of high school. After attending one of these shows about four years ago, his father offered to fund the making of Jimmy's first album, if Jimmy would agree to record it. Once it was finished, Jimmy then posted the CD to the ever popular iTunes and MySpace. "Three months later I got a call out of the blue from the president of Inpop Records, saying he'd heard my CD on MySpace and wanted to fly down to Houston to talk about signing," says Jimmy as he recounts his immediate excitement. "It was totally a God thing. I've been signed to Inpop for two and a half, three years now."

Within those three years he has racked up some impressive sounds, gained countless new fans, and has packed out shows. However, it's not the accolades that matter to Jimmy. In fact, he was originally reluctant to step into the music business due to his tendency to become prideful. "Being on a stage in front of thousands of people with the spotlight on you is just a very pride- bringing industry," he says. "So I was kind of scared at the prospect of it."

Jimmy's music is genuinely crafted, blending aspects of blues, pop and soul sounds. He has two full-length albums to boot - Speak, his debut, and Not Without Love, his latest release. "Not Without Love, for me, is a healing process and me wrestling and grappling with what it means to see the love of God, and not be legalistic, and to distribute that love properly," he shares. "So I really wanted to complete the sentence the first one started: ‘Speak, but not without love.'" 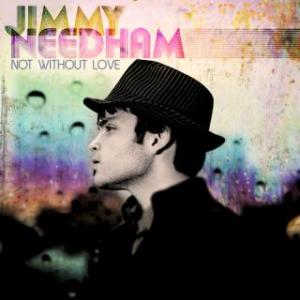 Jimmy relates easily to those who seem to be caught up in "religion," rather than a true, meaningful relationship with Jesus Christ. "I was this holy roller guy who became very religious and all the joy and the sweetness was sucked out of my Christianity," he recounts. One of the tracks on his latest record, "Forgiven and Loved," reinforces the idea that helped Jimmy to conquer his religiosity. "You can't give what you don't have. The reason I was having a hard time being and giving the love of Christ to people was because I was being so hard on myself. I wasn't receiving the love of God, and was being the hardest person on myself ever. I never thought that the God of the universe would smile upon me."

He shares the story of becoming addicted to pornography when he was only in the fourth grade. Fortunately, he had a friend in high school that was "abnormally Christian," and who greatly emphasized Christ's love and was daily testimony of God's grace. "He shared with me this hope that he had that had liberated him from the same bondage that I was in. So that day I went home and got rid of all the [sinful] stuff that I had and committed my life to God." However, he still had to face a daily battle and wrestle with the temptations that were thrown his way. "For the next set of years, I was just trying to figure out how to get free from this. God slowly began to wean me off those things and in the process teach me that when I get adopted into his family, I have all the privileges of a son and I'm not under his condemnation anymore. That really set me free over the next couple of years to really be freed from that sin. About three months before I met my wife, I was done with [pornography]."

Due to this freedom he now experiences, Jimmy writes from his heart, pouring out lyrics that are honest and extremely direct. His song "Come Around" considers the modern methods that Christians use to evangelize secular listeners. He cites Gospel tracts and theology as easy ways to talk about Jesus, but ones that will not necessarily grab the heart of the listener. "How do I reach a lost and dying world with the message of the gospel and do it in a way that's not religious or legalistic, or trying to win them over with clever speech, but with sincerity?" he asked himself while writing this track. He says that it is crucial to show God's love, and prove that "I care about you deeply. You're not just a checkmark to me."

For those who have not yet been able to catch Jimmy on the road, be sure to check out his tour dates at www.myspace.com/jimmyneedham. He is currently on the "Wonder Of The World Tour," featuring Rush of Fools, which promises to be a great show for all. Perhaps you will be fortunate enough to chat with the man who states in his humble biography that, "The goal I am pressing toward is to make Jesus Christ famous while I am here on earth. I'll be going home soon enough so by the LORD's grace I will continue to abide. Only what is done for Christ will last. All to Jesus, forever!"