The Sound Of... A Good New Band 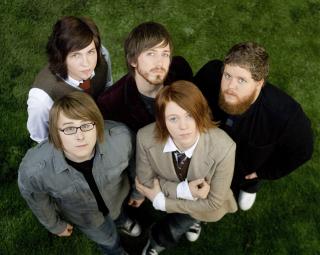 Being a Christian music journalist in this day and age is a pretty rough job. Everything looks, feels, and sounds the same, and writing about it is like trying to find a new way to say "snowmen are white." Eventually you find yourself typing out "men crafted of frozen precipitation are of a pale hue," and then there is nothing left to do but throw in the towel. So I did. But a recent trip to Nashville introduced me to a band called Leeland, and suddenly those snowmen were wearing panama hats and evening gowns. I just had to talk to these guys and see what is driving this awesome new band. Keyboardist Jake Mooring (brother of front man and band namesake Leeland Mooring) called me up and we started chatting whilst I got my recorder in order. We are both from the same spit of Texas between Houston and the Gulf of Mexico, so after we agreed that chemical plants can indeed be a welcoming site after a long road trip, we started talking about the band:

inReview: Why don't you tell me a little bit about how the band got started?
Jake: Well first of all, to go way back, Leeland is my brother. My younger brother- I'm 21, he's 18. Back when he was 11 and I was 14, our family traveled full time on the road. My mom sang and my dad played piano, and Leeland and I would sing. We would travel to churches all over the country and lead worship. We traveled with different evangelists and do praise & worship for their meetings.

For two years we did that nonstop. We were at church almost every night. In that time Leeland wrote his first song. We were in California, and it was a song called "Shine." Eventually we came back and we started a church here in Baytown where we grew up. Our parents were the senior pastors. Leeland kept writing songs and leading worship, but he kept bugging my mom "get me a producer, get me a producer!" Finally Leeland ended up going to a talent seminar in Nashville called Embassy Music and he ended up getting finalist. He didn't win, but he played a song that he wrote and God really opened up some doors through that.

We met Kent Coley who now is our manager. At the time he had just got a job at EMI/CMG, which is EMI's Christian music publishing side in Nashville. When Leeland was 14, almost 15, Kent got him signed to a publishing deal, which was a total God thing. It was just supernatural favor God gave Leeland, and he started co-writing with other songwriters. He got a chance to write with Marc Byrd who wrote "God of Wonders." Awesome stuff just started happening. This was about a 3 year process.

During that time when he was at home he wanted a band to back him up, so... we formed a band. At that point we were just a back up band, but as we would practice and play, we would begin to form our own songs together. It seamlessly went from "backup band" to becoming "a band." There wasn't any differentiation at that point. So as labels started looking at us, we basically presented ourselves as a band. We ended up choosing the name Leeland... Oh gosh, we came up with so many cheesy names at the beginning! The guys in the band basically said "Leeland, we're going to use your first name man, cause it sounds cool." So that's how the name came about, but we ended up getting signed to Provident after talking to them for a year. We recorded the album last year and it's coming out next month. That's the general story.

inReview: What were some of the names that got nixed?
Jake: Oh gosh, let's see... "The Fifth Seal," like in Revelation. Um, another idea that got tossed around, I don't know if it was ever really seriously considered, but we laughed at it a lot- it was a name like "Ubedel." I think our bass player Jake found it in some dictionary of African terminology. It's ridiculous. We came up with a lot of dumb names.
inReview: Yeah, it would be hard to create a buzz around "Ubedel" It just sounds wrong.
Jake: It sounds like a Swedish rock band.
inReview: Or something worse!

But there has been a lot of buzz about Leeland. You've had the most requested video on Relevant.tv now for a stinkin' long time. What is the best press you've had so far? What has just knocked your socks off?
Jake: Well, there's this guy named Martin Smith in a band called Delirious?...
inReview: I've heard of him here and there, yeah... [Ed: or maybe she's done an interview with Martin...]
Jake: Of course we're super fans of Delirious, their albums have changed our lives. He ended up giving a quote on our music after hearing it, and it was just a touching and moving quote. We could just stand there... Wow. It was really humbling hearing that come from him.
inReview: Do you remember what he said?
Jake: He said that our music is a tonic for a stale and saddened music industry.
inReview: I can agree with that.
It was really powerful, and you could tell it was genuine and so encouraging... We have such respect for those guys. Also there's been support from Michael W. Smith. He's been such a friend to us these past few months, so getting him to back us has been awesome. 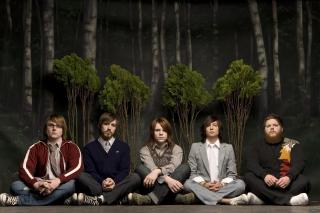 inReview: I've been reading your bios and influences, and you all have some great taste in music. Even obscure bands like Sigur Ros and Sun Kil Moon... and Pilotdrift from Texarkana! I can't believe you know of those guys! How do you find your music, and why do you prefer that brand of indie-ness?
Jake: Well our drummer Mike is from Texarkana and friends with the lead singer of Pilotdrift. Kelly (Carr) is good friends with Mike, so that's how we know about those guys. As far the musical tastes, we went to Nashville a few years ago and made some friends who turned us on to all these bands. After that we just became psyco about Brit-rock bands and indie music and stuff like that. We just love it. Really I love music that moves me. So we love the emotional layers in those styles of music. When we bought Coldplay's A Rush of Blood to the Head it changed our life as well. And also we've been really influenced, especially Leeland and I, by a lot of worship leaders. Matt Redman, Chris Tomlin, all those guys. They've really been an inspiration to us, and their songs have really ministered to us over the years. But there's a worship leader by the name of Godfrey Birtill out of England. He's really influenced us a lot. He's just an amazing worship leader and so anointed. So yeah, we have a wide range of musical interests.

inReview: What's a Leeland concert like?
Jake: We try to bring an element of entertainment, initially. Our first few songs are just kinda cool and we like them. We jump around and have fun, but there's this bridge we end up crossing over in the middle of our set and we start directly seeking and pursuing the presence of God. We never leave stage without having "church," you know? It's hard to get up there and play our songs just to play them for people. That's not our heart at all. Our heart is just to worship God, be transparent before people and be an encouragement. We leave the stage disappointed if we feel like the people haven't been affected in some way by the presence of God.

inReview: The one time I've seen you play live was that one little 3 song set at the lunch showcase during GMA's. Even in those three little songs that whole place was just soaked in the presence of God. It was the coolest thing I saw that whole week. You started out sounding like Sigur Ros or Coldplay and then the lyrics started and man... "Carried to the Table" is one of my favorite songs right now. It's just so anointed and powerful. Is there a story behind that, or did it just come out of Leeland's musings?
Jake: There's a good story behind that one. Back when we were traveling everywhere we were traveling with an evangelist named Nigel McNeil from Australia. A few years ago we were in a service with him. We were already a band and writing songs for the record, and that night Nigel preached a sermon called "Carried to the Table." It was about the story of Mephibosheth where David went and sought out any living descendent of Saul or Jonathan and Mephibosheth was crippled and they brought him to the King's court. He was like "I'm nothing but a dog before you. I'm not worthy." But the Bible says that David picked him up and they carried him to the table. One of the things that stuck out to Leeland and I while Nigel was preaching this message was the fact that you couldn't see his brokenness anymore when he was seated at the table. His brokenness was from the waist down. It affected us so much and Leeland came home and wrote a song about it. When God brings us to His table, when we're in His presence, all our failures, all our weaknesses are covered by His grace. Nobody can see that when we're covered by Him. I remember Leeland went to his room and the song just came. He came out and played it for us in the living room. I was just crying. It ministered to me. It's one of my favorite songs on the record. 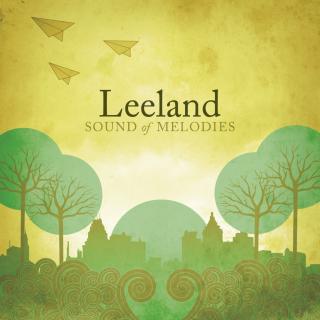 inReview: You're developing a huge following and your album hasn't even been released yet. What do you envision for the future?
Jake: Just like any band we aspire to have commercial success. We want to sell records and do all that. But first and foremost God has brought us to where we are right now. In our own merit and works there's no way we could have got here, and we're fully aware of that. So we just rest in the fact that God has our future in His hands. He's got a good plan for our lives. We're just giving it to Him and letting Him do what He wants. We would like it if we were playing in stadiums and traveling the world and selling a lot of albums, we would love that. We want to see our generation changed. When they come to our concerts or listen to our albums we want them to be affect and have something inside of them stirred up to want to draw nearer to God. Those are our big dreams.

inReview: Well thanks for talking with me! I can't wait to see how God uses you. I know that His hand is heavily upon you. It's very exciting.