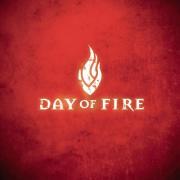 If one were penning a modern-day Saul of Tarsus conversion story, they might well want to hire Josh Brown as a consultant. Born in the late '70s, Brown was already taking hard drugs by his fifteenth birthday. After playing in a succession of bands, Brown met the members of what would become Full Devil Jacket in 1995 at a tattoo parlor run by his brother. The group's rising popularity netted them gigs at increasingly larger venues over the next several years, including a slot at Woodstock '99. Full Devil Jacket was eventually picked up by Island/Def Jam Records and the self-titled debut followed in March of 2000. Brown and his bandmates embarked on an extended tour in support of the album, opening for well-known rock acts like Coal Chamber, Nickelback and Fuel.

About a year into the tour, Brown suffered a heroin overdose. Following a stint in rehab, the FDJ collective set out on tour with Creed. At the conclusion of the tour, Brown and his cohorts flew to Los Angeles to begin work on the sophomore project. During the recording, Brown suffered a nervous breakdown which lead him to reexamine his childhood faith. He quit the music scene altogether shortly afterwards and moved back to his hometown of Jackson, Tennessee. After two years of performing prison ministry and washing dishes in nursing homes, a dejected Brown met guitarist Gregg Hionis at the church he was attending. The two began writing music together and eventually signed with Essential Records under the Day of Fire namesake.

For the self-titled debut, Brown called on an A-list of mainstream players, including bassist Chris Chaney (Jane's Addiction), drummer Gary Novak (Alanis Morissette), guitarist Phil X (Triumph, Rob Zombie) and backing vocalist Matthew Nelson (Nelson). True to its inherent talent level, the group kicks things off in fine form with "Through the Fire," a funk/grunge/nu-metal hybrid whose infectious melody and relentless groove make it a perfect album opener. "Reap and Sow," with its growled vocals and frenetic tempo, is an equally engaging, no-holds-barred Southern-rock-tinged barn burner. The lumbering, slightly dissonant "Fade Away" comes across a bit ordinary at first, but slowly etches itself into the listener's memory. And "Adrianne," a sparse lo-fi number played on a single acoustic guitar, possesses a lonesome, almost haunting quality that renders it as mesmerizing as it is stark.

Interestingly enough, Brown's pre-Day of Fire lyrics were not completely devoid of spiritual content. Indeed, songs like "Full Devil Jacket" ("Jesus wants me back in church again / I'm not ready to give my life back to him / Maybe I don't have that much to say") pointed to the dark, desperate soul's steadfast resistance to the call of the divine. Current-day DoF tracks like "Detainer" and "Through the Fire" ("I'll see you through the flood / Through the fire / Through the storms raging"), by comparison, chronicle the earliest stages of that same soul's surrender and eventual recovery. Likewise, worship-oriented anthems such as "Rain Song" and the equally well-penned Number One radio single "Cornerstone" ("All other ground is sinking sand / A doubting maze of desert land") highlight Brown's decidedly evangelical post-recovery stance.

In fairness, "I Am the Door," while certainly tenacious enough, is musically rather faceless. The wording of "Time" ("Watching the clock tick tock away / Always on the rush / Quick, get away") is similarly nondescript. And "I Am the Door" and "To Fly" share distressingly similar main guitar riffs. Such shortcomings, though, constitute a pleasantly small portion of the album as a whole. And, where 99% of what the DoF cooperative pulls off has been done before, the band's attention to hook, melody and tempo variation catapult the debut well past the 50th percentile mark for hard rock efforts. Indeed, once one gets past the familiarity of it all, there's very little to find fault with. It will be interesting to see where the DoF lads go with the sophomore album, once the initial curiosity concerning Brown's departure from the mainstream camp wears off. For now though, it would appear that the widespread interest in, and consequent success of, the group are very much merited.