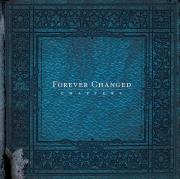 It is a rare and beautiful thing when a group decides to go out at the top of its game. Indeed, one has only to look as far as the nearest outdoor music festival or state fair to witness clutches of aging rockers faithfully trucking out the greatest hits setlist to an ever-dwindling fan base to prove the point. Don't tell this to Forever Changed front man Dan Cole, though. From the time of the Dear Jesus EP in 2002, Cole and his cohorts have ridden a wave of steadily-increasing commercial popularity and artistic growth which eventually led to, among other things, a major-label deal with Floodgate Records in 2004 and the release of the critically esteemed The Need to Feel Alive record less than a year later. In February of 2006, though, just as the four-piece stood poised on the brink of breakthrough success, Cole shocked his bandmates by turning in his resignation.

After a time of deliberation, the group decided to complete work on the in-progress Chapters album and fulfill the tour dates already booked in its support. One listen to the new record should be enough to convince most listeners that Cole and his fellows chose wisely. "Never Look Down" opens things in first-rate fashion, darting deftly between a majestic power-chord-propelled anthem and an infectious, emo-inclined, power pop piece. "Starting to Sink" keeps things rolling nicely with a welcome second slab of tuneful, barreling pop/rock. "All I Need" nudges things ever so slightly towards the purely pop end of the spectrum without sacrificing any of the energy that rendered "Look" and "Sink" such winners. And the alluring ambient texture of "Time Will Change" and slightly off-balance rhythmic structure of "The Runaway" places those tracks among the album's most engaging entries.

The older members in the audience will be delighted to learn that the members of the 4EC cooperative are well versed in the language of the great classic rock catalog. Axemaster Ben O'Rear embellishes the stellar "Starting to Sink" with a blistering version of that now-endangered art form, the lead guitar solo. Likewise, "The Disconnect" is ornamented with a series of lightning-fast fretboard runs sure to send air guitarists everywhere scurrying for the nearest tennis racquet. "Time Will Change" goes the aforementioned songs one better, containing, of all things, a bona fide bass solo. And "No Way Out" is a veritable cornucopia of pre-'90s delights buoyed by Elton John-inspired piano riffs, intro guitar licks that the boys in KISS would've killed for back in '77, and a volley of gloriously spirited "whoa whoa whoa" cries that owes a debt to just about every Bon Jovi song ever written.

In fairness, the band continues to struggle with its lyrics. "Starting to Sink" ("He walks alone / Dreaming of his only child / Who he hopes to meet someday") is a poignant, vividly-painted portrait of longing and loss. The slightly tangential wording of "The Disconnect" renders it likewise interesting and inviting. That said, the underlying cleverness of tracks such as "Never Look Down" ("Open your eyes / Turn it around / Learning to crawl when we fall down") is offset, in large part, by cuts such as "It's Too Late," which read more like transcripts to casual conversations than they do actual compositions. Similarly, songs like "All I Need" ("I know you'll never be the same / You're all I need tonight") and "The Runaway" ("Broken hearts are meant to be free") point to the quartet's most obvious and frequent Achilles' heel — their susceptibility to the lyrical cliché.

Despite its regular thematic lapses, the latest outing is nevertheless easily the group's most impressive release to date, which is saying plenty in light of the high caliber of its predecessors. Perhaps surprisingly, for a foursome recording together for the last time, the overarching tone of the Chapters record is more forward-looking than it is melancholy. To be sure, the album's ultimate appeal rests not on any sentimental reasons but rather on the copious passion and skill of its creators. While the quality of the concluding release inarguably makes the supremely gifted band's passing all the more heartrending, Cole & Co. can walk, heads held high, into whatever comes next knowing that they have gone out, not with a whimper, but with a bang. Godspeed, Forever Changed.