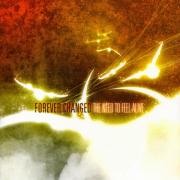 Formed in the late '90s by a trio of high school friends who were barely old enough to drive, the Florida quartet now known as Forever Changed was a classic case of North meets South. Singer Dan Cole moved from Cincinnati to Tallahassee in 1999 after his freshman year in high school. It was there that he met guitarist Ben O'Rear at a local church and the two began getting together intermittently to play music. Not long afterwards, Cole heard Nathan Lee tapping enthusiastically on the top of his desk in chemistry class and invited him to join the duo on drums. Now a bona fide band, the trio's early practice sessions consisted mostly of Jimmy Eat World cover tunes, which they dutifully trucked out at their inaugural gig — a Halloween party in Cole's garage.

Cole and his friends soon began writing their own material and released a four-song independent EP, Dear Jesus, under the Loose Change namesake in early 2000. In January of 2002, the foursome rechristened themselves Forever Changed after receiving e mails from a mainstream band claiming legal ownership of the Loose Change moniker. The full-length indie debut, Drifting to Amazing, featuring newly-drafted bassist Cody Jordan, followed in June. That fall, Cole, O'Rear and Jordan relocated to Orlando to begin college. Following the three-song 2003 Demos EP, Jordan was replaced by Tom Gustafson on bass. By the summer of 2004, the band had inked a deal with Floodgate Records and its members had left their respective jobs and institutions of higher learning to pursue music-making full-time.

At first glance, it would appear that the career move was a wise one. The riff-driven emo-meets-hard-rock of "Encounter" comes laced with sugar-sweet harmonies, subtle chord permutations and an ever-so-slight punk sneer for good measure. "Opportunity," on the other hand, fuses shimmering, hook-laden pop/rock to airy, atmospheric alt-pop in a surprisingly appealing, Kry-meets-Appleseed-Cast sort of way. "Romance in Denial" is a winning amalgamation of emo, dream-pop and grunge, while the raucous guitars, rock-steady drumming and soaring vocals of "The Vanity Letter" would surely be the stuff of Top 40 radio in a perfect world. And "The Last Time" is a bristling ball of urgency and grit, punctuated with sublime, prog-rock-inspired guitar work and wrapped in a stick-in-your-head melody line; the sum total of which come hurtling toward the listener at near-light speed.

Lyrically, things are a bit spottier. "Opportunity" ("Everyone's sick in this town / Crawling on the ground / They're tired of getting knocked down") shows impressive insight into the human condition. Likewise, "Something More" and the title track ("Everything's falling to pieces / I can't even see / Who I used to be") are refreshingly honest and direct. Elsewhere, though, the group goes for the jugular on the divorce narrative, "Great Divide" ("Lock the door / Throw away the key / This pain has made it hard to breathe"), and misses thanks to the song's clichéd language. "Encounter" ("The enemy is a liar / There is only one truth out there / We will win the fight"), while admirably bold and straightforward, is similarly subdued by its rudimentary wording. And "Romance In Denial" ("I'm lying on the floor / My broken life is built around yours now") highlights the group's tendency to venture over the top in making a point.

That said, the songs on Alive are infused with a passion and sincerity that largely compensate for the occasional wording lapse. And, unlike many in the emo crowd who neglect hook and melody in their pursuit of lyrical catharsis, the members of the 4EC collective, even at their most emotionally distraught, always keep one eye squarely on the all-important groove. It is a rare band that can take on genres as wide-ranging as emo, garage revival and piano-based pop and pull them all off so convincingly. But, like the Beatles' stints in Hamburg during their pre-fame period, it would appear that the long hours practicing amidst the lawnmowers and power tools and slogging it out on the road have imbued Cole and his cohorts with a skill, diversity and tightness that have served them well on their impressive major-label debut.