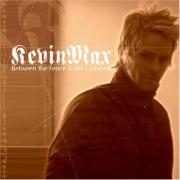 Kevin Max is the musical equivalent of abstract art. As if his intense vibrato was not enough to set him apart from other artists, Kevin's lyrics are vague and symbolic, essentially poems set to music, and the music itself does not conform to any fixed genre. Like abstract art, he is difficult to understand and easy to dismiss as strange. However, it is this individuality, as his fans are quick to relate, that draws people to his music. Three years after the release of his solo debut, Stereotype Be, KMAX has suddenly reappeared on the American music scene with an exciting new EP. With its six tracks, Between the Fence and the Universe promises music to satisfy fans, tiding them over until his sophomore album hits the shelves in early 2005.

As the strongest song on the EP, "Seek" makes a fitting introduction and sets the tone for the tracks that follow. It's also arguably the most distinctly Christian song that KMAX has released since his dc Talk days, as the relaxed verses give way to a compelling rock chorus that pulls directly from Matthew 7:7. The lyrics exalt the Lord in a way only Kevin Max could, ranging from poetic ("And I know you're the answer / For the wizened fool / 'Cause you blow away every myth / They taught me in Sunday school") to just plain bizarre ("You are bigger than Paris France / or Bagger Vance").

"21st Century Darling" finds KMAX in grittier territory than ever before, offering a fast-paced, electric guitar-driven song whose cynical lyrics challenge the distorted values of modern society. The pace slows briefly during the chorus, providing a momentary lull that makes the ensuing raspy scream more powerful in contrast. Droning humming during the bridge presents a brief throwback to dc Talk's "Dive," but the déjà vu is short-lived when the song builds to an explosive peak just before its sudden end. The track spans only a brief 2:34, but the short length is strangely appropriate, the song a quick burst of anguish that cuts off as abruptly as it begins.

"Irish Hymn"'s plodding rhythm and dreary lyrics give it a depressing, bar song quality that is interesting if not a bit wearisome. Unfortunately, the EP takes a turn for the worse after this track as it struggles unsuccessfully to maintain the musical quality of the first half. "Stranded 72.5" exchanges the album's prevailing '80s rock for an upbeat, softer approach, relying on Kevin's double-layered harmony to add interest to the melody. Regrettably, the song loses momentum with its bland, monotonous chorus and isn't quite able to recover. "Golden" fails simply for its musical banality—its pace almost identical to the earlier "Irish Hymn" and its music a blend of the slower tracks from Stereotype Be. The song's slight redemption is the three minutes of random music and wordless vocals tacked on the end. This interlude serves as the EP's only trace of the middle-eastern influences that saturated Stereotype Be—an unfortunate absence that was felt heavily by this reviewer.

The last track, "To the Dearly Departed," is the extreme example of KMAX's abstract approach to music. Much like "Golden," its lyrics seem to offer relationship commentary, perhaps drawing from KMAX's recent divorce. The song's synthesized rhythm has a strange stammer, giving the irritating sensation that the CD is continually skipping. The vocals sound almost discordant at the beginning, and the lack of strong instrumental back-up gives the song an echoing, deserted sound. A sudden lapse into murmured poetry (the likes of which also occur periodically throughout the CD) is artistic but frustratingly difficult to understand. Chorus harmony softens the song's unnerving edge with its contemplative feel, but an eerie, repeated wail ensures that the song concludes on a creepy note. The bizarre final product will put off some listeners, yet it manages to define KMAX perfectly—simultaneously reflective and eccentric—in an appropriate end to the EP.

Between the Fence and the Universe essentially promises three worthwhile songs—a percentage out of the total six that, although not glowing, would more than justify its purchase at a lesser price than a regular CD. Avid KMAX fans and diehard dc Talk followers will no doubt want to pick up a copy, if only to investigate Kevin's new direction. For the more hesitant supporters, there is always the option of holding out for the new CD... if they can bear the wait.

Editor's Note: By early 2005, the Kevin Max full-length had not yet arrived. But this independent EP as reviewed was re-relased on Northern Records with the addition of a cover of Leonard Cohen's "Hallelujah" as the penultimate track.